skip to main | skip to sidebar

A Matter of Integrity

Sermon referenced in Spectrum
Posted by Ken Curtis at 1:07 PM No comments: Links to this post

A recent article for Spectrum can be found at http://spectrummagazine.org/article/2016/11/05/beastly-spirituality

Posted by Ken Curtis at 7:43 AM No comments: Links to this post 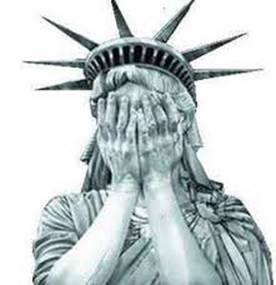 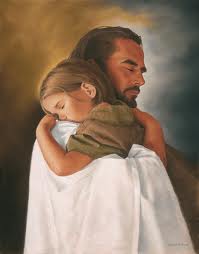 Posted by Ken Curtis at 7:47 AM No comments: Links to this post

I appreciate the insights of Jimmy Carter on a number of issues, and sadly, I think he may prove to be on target with this one.  Political theory aside, what he puts his finger on here is what is most troubling to me about the current conversation in our country.

http://www.nytimes.com/2016/05/24/us/jimmy-carter-racism-baptist-conference-unity-donald-trump.html?_r=0
Posted by Ken Curtis at 8:14 PM No comments: Links to this post 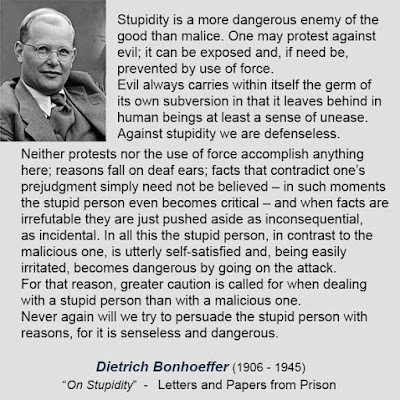 Posted by Ken Curtis at 9:56 AM No comments: Links to this post

Not Primarily a Political Concern

While I am not a member of any political party, and have little interest in political conversations for many of the same reasons as the person interviewed in the link I am sharing below, or am particularly impressed with or persuaded by the cheap political attacks that have already begun, and which will only increase as the election season comes into full bloom, I do resonate with the concerns reflected in the interview.  Whatever one may or may not think about the political merits of positions that are taken by candidates of any party, this issues raised here are worth considering - not because information is spun to try to make a political point, but precisely because things are taken fully in context and at face value.  But whatever conclusions one might come to on their own, what is shared here is worth the time to think carefully about.

For those interested, Greg Boyd does a good job of talking about political involvement from a Christian perspective.  His comments are focused on politics in general, not necessarily those times when for moral reasons Christians should take a stance (e.g. World War II and the rise of Nazism in Germany when the church failed by not taking a position, or cases in which issues are greater than policy or political concerns.  In fact, I think he is wrong in that he misses that some positions do have political implications at times, but in that respect, he is right in what he affirms and perhaps wrong in what he denies.  Doing justly sometimes does involve supporting a political position, not because your hope is in political solutions, but because some political solutions are in harmony with - or closer to it than the alternative of -  what Jesus invites us to care about and be committed to.  In his illustration, he misses that being a Zelot as Simon was, was indeed out of harmony with what Jesus taught, even though Jesus called him.).  you can find his comments here at http://whchurch.org/blog/11642/do-justice.
Posted by Ken Curtis at 12:49 AM No comments: Links to this post

The Rhythms We Move To

A recent Spectrum article can be found here at http://conversation.spectrummagazine.org/t/the-rhythms-to-which-we-move/10749
Posted by Ken Curtis at 11:50 PM No comments: Links to this post 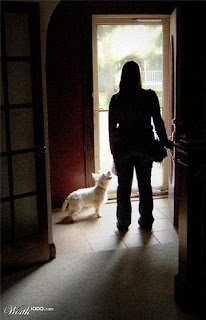 There is something that seems almost idyllic about growing up in a small home town where you know everyone and everyone knows you. Rootedness, shared traditions, familiar faces, safety -or if not that, at least predictability. Even if times are hard, or circumstances challenging, there is a certain rhythm of life that develops that resists change and challenge. We know who everyone is, where they live, where everything goes.

This week as I had the opportunity to reflect with some friends on the story of Jesus’ experience in his own home town of Nazareth (in the first half dozen or so verses of Mark 6) I was impressed again with the power of those dynamics. And I was reminded again of their persistence, and how often the contours of this story have continued to be mirrored in other stories down through the ages.

Communities that have found a sense of identity together, and have pooled their resources to make a life together, sometimes not only find thinking about things in new ways challenging, but as Luke points out in his account of the story in Luke 4, sometimes their resistance can even turn to hostility.

In Nazareth, perhaps it was partially because Jesus was one of them. They had known Him and His family for years. They had seen Him grow up, done business with Joseph, chatted with Mary, watched He and His siblings grow and play. They must have felt that they knew who He was. What's more, they knew who they were. They knew the way it was supposed to be. They might even have experienced a bit of civic pride as they began to hear that Jesus was getting to be known in other places, and had attracted a bit of a following. Good things had been reported. People’s lives were being touched. Healing was being experienced. They were even open to Him taking the scroll and leading them in worship on the recorded Sabbath of His visit to His home town.

But then things begin to come unraveled in Nazareth. Perhaps, as some of the more generous among them may have suggested, it was because Jesus was still new at this sort of thing, that He didn’t seem to get it. He makes suggestions that go against the grain of the way they had lived and thought about things; the implications of which, if accepted, would mean having to rethink what they believed about who He is, and who they are, and the direction their lives are going.

You can imagine the bewilderment many must have felt as they listened to this young rabbi Who had grown up among them, but Who was no longer seeming to fully appreciate His own heritage. You can imagine the pain of Jesus as He tries to open His heart to them about who He really is, and what He is being called to do with His life, even as He knows that they can’t, or simply won’t, really hear Him. This was His home. These were the people who had surrounded Him as He had grown up. This was the town in whose streets He had walked, and the people with whom He had shared meals, and stories, and Himself so many times over the years. These were the people who He may most have wished could hear Him.

It was hard for them. It was hard for Him. And according to Mark, it was so hard, that there was little of what Jesus felt so called to do that He could actually do among them. Old patterns are hard to change, and because of that, we often miss the gifts that we could otherwise share with each other.

As I reflected on these passages, an old song came to mind by Cat Stevens entitled “Father & Son,”which, in a more gentle way than the scriptural story, captures these dynamics. (https://www.youtube.com/watch?v=Ml0Mtgw0mQk)

I noticed that our pastor is preaching on the parable of wineskins this coming weekend, and thought, there it is again - the same story wrapped in symbol. And as I reflect on the journey of my own faith community, as our church struggles with the difficultly of listening to the voices of those who have grown up in our midst, and whom we know so well on one level, but have failed to adequately listen to on others, I was reminded that the story and the dynamics continue still.

Sometimes it is as gentle as the still painful conversation reflected in the song.  Sometimes the reaction is as hostile as what Jesus experienced in Nazareth.  But still we are invited to listen to what God is doing. Pouring new wine into old wineskins it seems, is always a challenging proposition.

The good news is, that not everyone in any of the stories remains bogged down in the dynamics, but that are always some who respond to the invitation to listen, reflect, and consider the way forward. And there is no imposed cap on the number of people who are invited to do so.

Yet, I am still struck by how painful and lonely that path so often can feel, and the level of hostility it can generate.  But I am also encouraged by the healing that can be experienced and extended when the decision is made to follow.

I can’t help but think that Jesus took the best that Nazareth had to offer with Him as He traveled and interacted with the world around Him. I could wish that He might have found more welcome than hostility there though. Perhaps Nazareth changed over the years. I’d like to think it did. There is no reason that it could not have, which is why there is hope for many of the hometowns that have grown up since that one. But however that plays out, it is the call to listen, reflect, and follow . . . to hold the wineskins more loosely in our hands than the wine . . . that is where the real hope resides.
Posted by Ken Curtis at 8:37 AM No comments: Links to this post

For the next segment in Bob and Jerry's on-going conversations over breakfast, go to http://spectrummagazine.org/article/ken-curtis/2014/08/08/still-talking-contemplative-spirituality
Posted by Ken Curtis at 10:57 PM No comments: Links to this post

Thanksgiving is often a time for being together with family, listening to stories, remembering our shared history. It's a time for being enriched by the insights and wisdom of those members of the family who have been around for a long time and have seen a lot, and enjoying the freshness and exuberance of those who are at earlier places along the way.  This morning I found in my in-box a quote from one of the great grandmotherly figures of our church community, whose insight and wisdom is always worth reflecting on.  I found it helpful, and so thought I would pass it on without further comment.  Happy Thanksgiving!

One man may be conversant with the Scriptures, and some particular portion of the Scripture may be especially appreciated by him; another sees another portion as very important, and thus one may present one point, and another, another point, and both may be of highest value. This is all in the order of God. But if a man makes a mistake in his interpretation of some portion of the Scripture, shall this cause diversity and disunion? God forbid. We cannot then take a position that the unity of the church consists in viewing every text of Scripture in the very same light. The church may pass resolution upon resolution to put down all disagreement of opinions, but we cannot force the mind and will, and thus root out disagreement. These resolutions may conceal the discord, but they cannot quench it and establish perfect agreement. Nothing can perfect unity in the church but the spirit of Christlike forbearance. Satan can sow discord; Christ alone can harmonize the disagreeing elements. Then let every soul sit down in Christ's school and learn of Christ, who declares Himself to be meek and lowly of heart. Christ says that if we learn of Him, worries will cease and we shall find rest to our souls.  - Ellen White, 11MR 266.1.

Posted by Ken Curtis at 9:29 AM No comments: Links to this post

Ken Curtis
Yucaipa, California, United States
Interesting, isn't it, the kinds of things we list, or are expected to list, that define us? Our jobs. The things we do. While at times interesting, and even though we might find ourselves acting as though they do, I'm not so sure those things are really what defines who we are. You'll probably have a better feel for who I am by actually reading the blog than any other list I might generate here.

Caring for our World & It's People